foreach loops are really convenient, but are for loops faster? It’s a simple question, but one that has really wide implications in almost any codebase. Today’s article tests them out to see which is faster for looping over arrays and Lists. Read on to see which is quicker!

Today’s test is simple. It makes an array of object and a System.Collections.Generic.List of object, each with a given length and then loops over them using for and foreach loops. Since this takes less than a millisecond, it runs each loop 100,000 times to get a useful result. Here’s the test script: 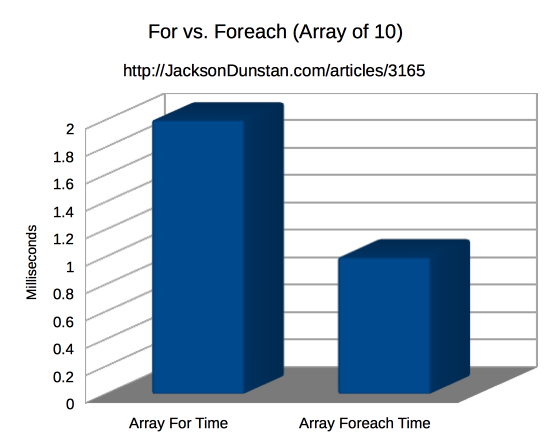 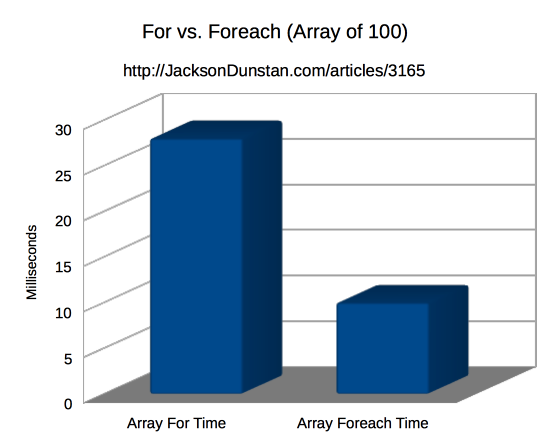 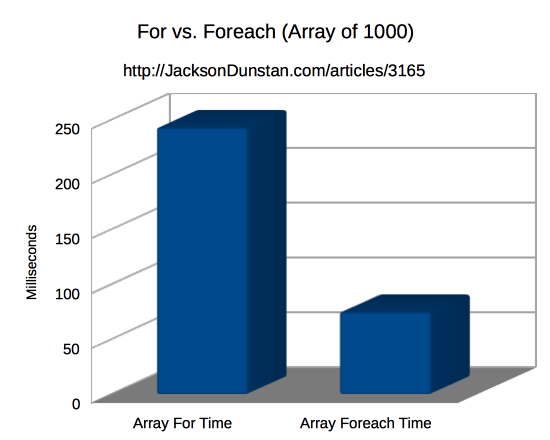 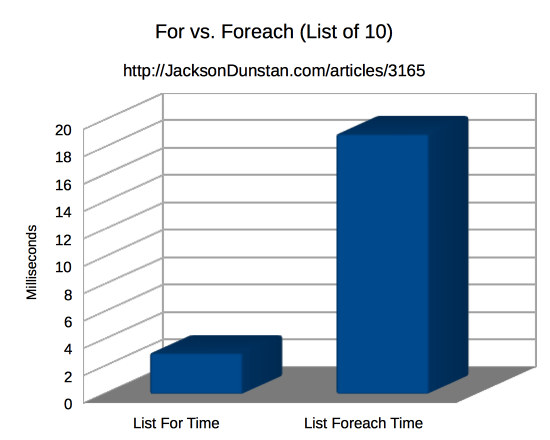 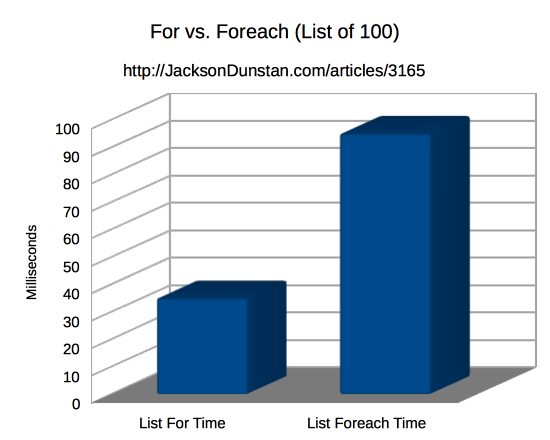 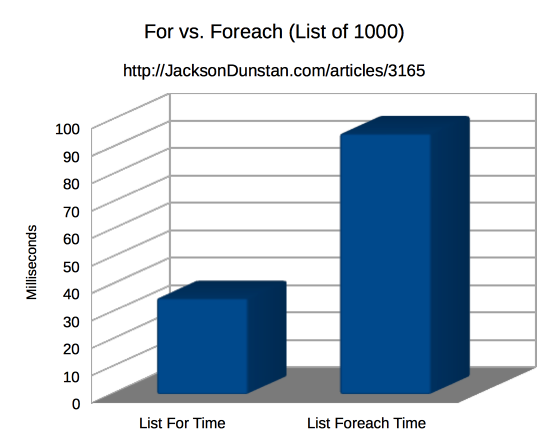 The results for arrays are clearly in favor of foreach as the faster loop by a margin of 2-3x. List, on the other hand, favors the for loop by 2-6x.

These are some really wide performance gaps that you should pay attention to if you are looping over some really long arrays or lists. However, keep in mind that the above loops were run 100,000 times so the actual times are much smaller. The worst time—a List of 1,000 with foreach—only took an average of 0.00832 milliseconds which is really small. A list of a million elements would presumably take 8 milliseconds and in that case you’d get a really nice optimization by switching to a for loop. To do even better, consider an unsafe code loop.

In conclusion, there are two takeaways for this test. First, one of the types of loop is much faster than the other and it depends on what you’re looping over. Second, looping is so fast in both cases that the performance difference probably doesn’t matter in your app. If you’ve seen any evidence to the contrary or have any best practices you follow for your own looping, please share in the comments!