Unity’s Native Collections package, currently in Preview, provides a hash map but not a hash set. Today we’ll supplement NativeHashMap<TKey, TValue> with our own NativeHashSet<T> as part of the NativeCollections repo. Read on for performance results and to see how to use it!

Unity’s NativeHashMap<TKey, TValue> is meant as a replacement for Dictionary<TKey, TValue>, but we often don’t have a value we want to map. In those times, we’d normally turn to HashSet<T> because it offers the same O(1) adding, removing, and contains checks without the need to map to any kind of value. Unfortunately, there isn’t a native version available from Unity. Enter NativeHashSet<T>.

Now let’s see how to use NativeHashSet<T> by looking at some examples. Say you want to be able to quickly check if a player has joined the multiplayer game. In that case you can make a NativeHashSet<int> to hold the IDs of players that have joined:

All of these are O(1) operations and the set will automatically grow if we exceed the initial capacity of 100.

In advanced usage, we can even add to the set from multiple threads. An easy way to do this is to use an IJobParallelFor:

Now let’s see how the type performs by running the NativeCollections repo performance tests. Here’s the test machine I ran them on: 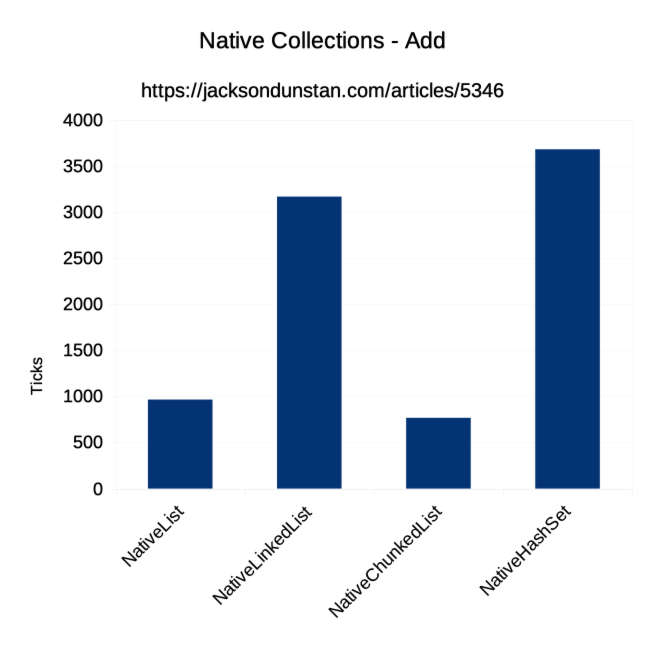 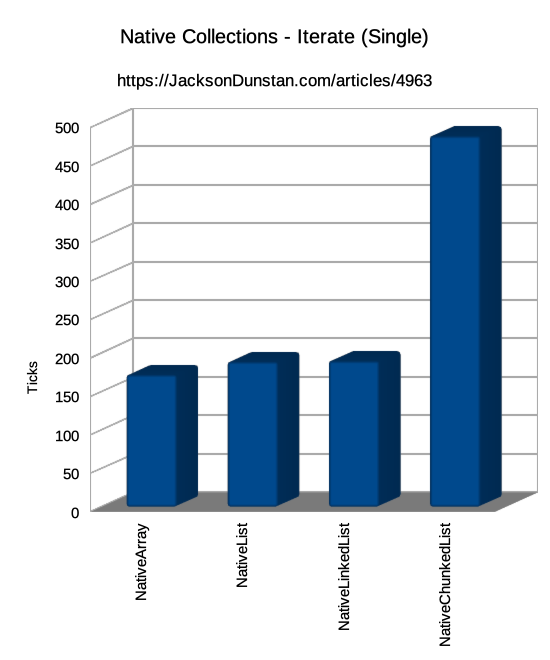 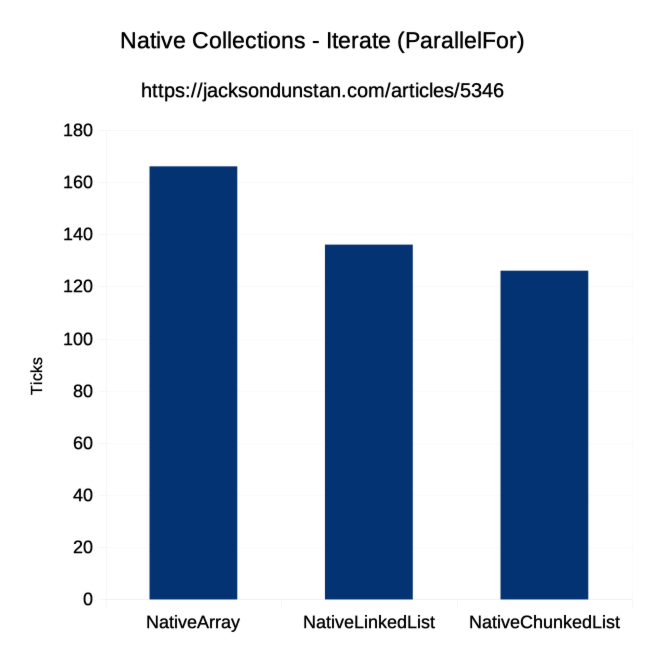 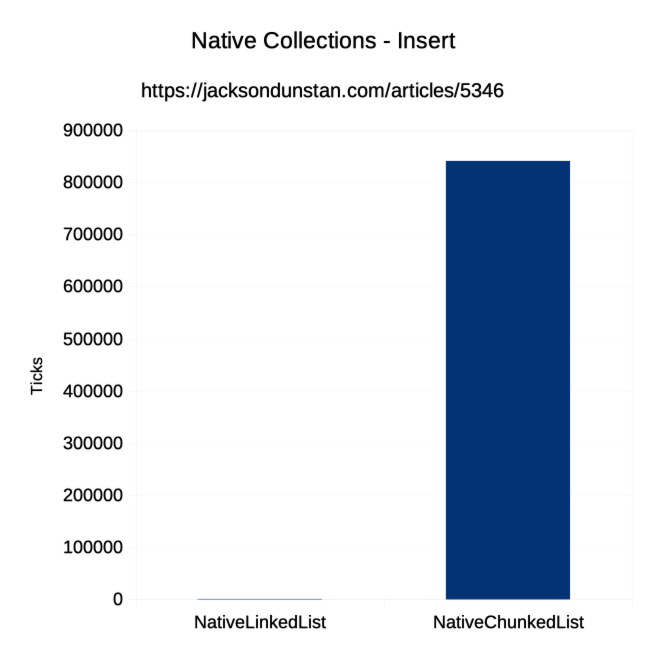 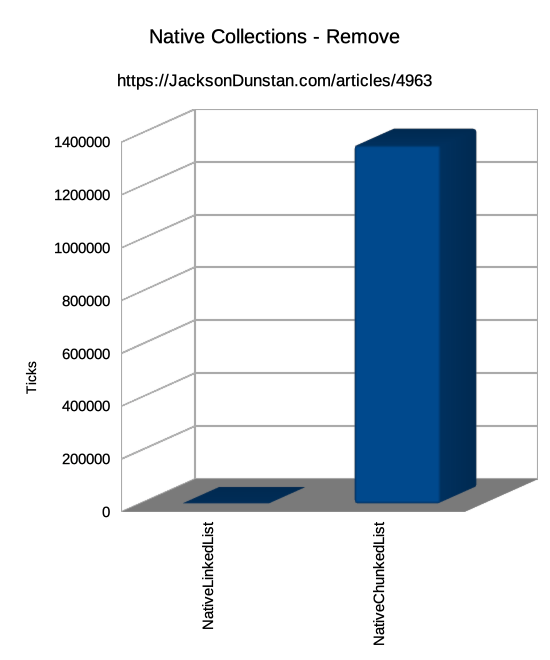 On the other side, the remove performance of NativeHashSet<T> is a lot (~6x) better than that of NativeChunkedList<T> but hideously slower (~352x) than NativeLinkedList<T>. This is to be expected because the remove operation of NativeLinkedList<T> is O(1) because the node can be found by index in O(1) and then the only work is to swap a couple of pointers. When the node to remove from the linked list can’t be looked up in constant time, this performance will suffer greatly as an O(N) scan may be necessary and, depending on how linearly organized the nodes are in the backing array, extremely cache-unfriendly.

In conclusion, NativeHashSet<T> should be a good addition to our toolboxes. We can pull it out when we need a Job-friendly, Burst-friendly way to quickly add, remove, and lookup elements but aren’t particularly interested in mapping them to anything or iterating over them. Check out the NativeCollections repo to get the type for Unity 2018.1+.